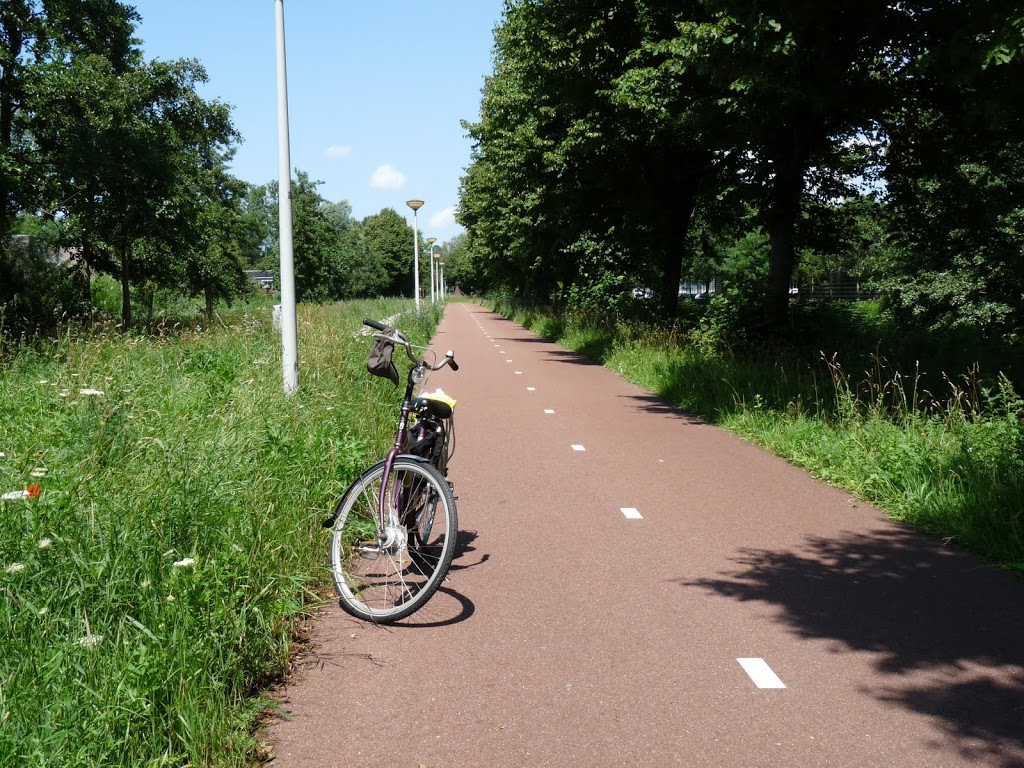 it was a sunny afternoon, with a cool breeze blowing. i’ve been wanting to take photos along my bike route. finally today all the prerequisites fell in place and i did. as i was wheeling my bike from one photo spot towards another, an old lady wheeling her bike in the opposite direction stopped and initiated a conversation (in dutch) with me. she asked me where i was cycling from, because she wanted to show me a beautiful bike path with mooi bloemen (beautiful flowers) along the way. i nodded and smiled vigorously for this was exactly my next target. on this beautiful path was parked a huge tractor-like vehicle which seemed to be a city vehicle equipped to trim tree branches, etc. a few guys in orange overalls were pottering near it. i parked my bike and dived into the undergrowth on the opposite side of the path, to shoot some red poppies. two of the guys attracted my attention by shouting something across: when i turned, they had their arms around each other’s shoulders. and big grins on their faces, and were furiously indicating that i should take their photo! 😀 which i did quite delightedly. i then asked one of them – in my halting dutch – whether he had an email id (so i could send the picture to them), but he did not. i love this city for these small things. can’t recall any other city that i’ve lived in where strangers strike up a fun conversation, for no motive other than sharing the moment. it happens a lot here. from tiny tots to the elderly, people are open and friendly.

my already elevated mood further heightened, i gave silent thanks for the circumstances that made me be here, now.

1 thought on “The here and now”